Dr. Jose Celso Barbosa is the first Puerto Rican to earn a medical degree from a university in the continental United States. He graduated from the University of Michigan in 1880. Dr. Barbosa was born on July 27, 1857 in Bayamon, Puerto Rico. He was the first student of color to attend the Jesuit Seminary. Wanting higher education, he traveled to New York City to learn English. While in New York, he attended Fort Edward Institute to learn the English language. While in the city, he applied for enrollment to the College of Physicians and Surgeons (now Columbia University Medical School) with the help of a mentor, Dr. Wendell. Because of his background, he was rejected admission to the institution. Dr. Wendell received a letter dated October 5, 1877 that stated the following regarding Barbosa’s admission to the College of Physicians and Surgeons:

DEAR SIR, – At a faculty meeting held last night it was decided not to receive students of color. I report that under this resolution Mr. Barbosa will be unable to matriculate here.

He then traveled to Ann Arbor, Michigan and applied to their medical school. The Chronicle, a student magazine, wrote an article in its October 27, 1877 issue about Jose Barbosa. In the article, they wrote:

“We have no hesitancy in saying that Mr. Barbosa will have the right hand of fellowship extended to him from every side…young gentlemen of sufficient ability are admitted on equal footing irrespective of complexion. It not being the amount of pigment matter deposited in the skin that is sought after; but the quantity and quality of the brains in the cranium.”

Upon graduating, Dr. Barbosa returned to Puerto Rico to practice medicine. He became involved in politics and founded the Republican Party of Puerto Rico in 1899. The political party wanted Puerto Rico to become a state and for this, he is regarded as “the father of Puerto Rican statehood”. Puerto Rico celebrates the accomplishments of Dr. Barbosa and declared his birthday, July 27th a national holiday. 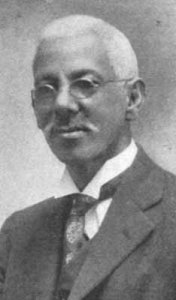